On Thursdays, we read reviews or news stories about art and design to study the language used in them.  This week we’ll look at an article about industrial designer Branko Lukic’s improvements to Oculus Rift headsets. 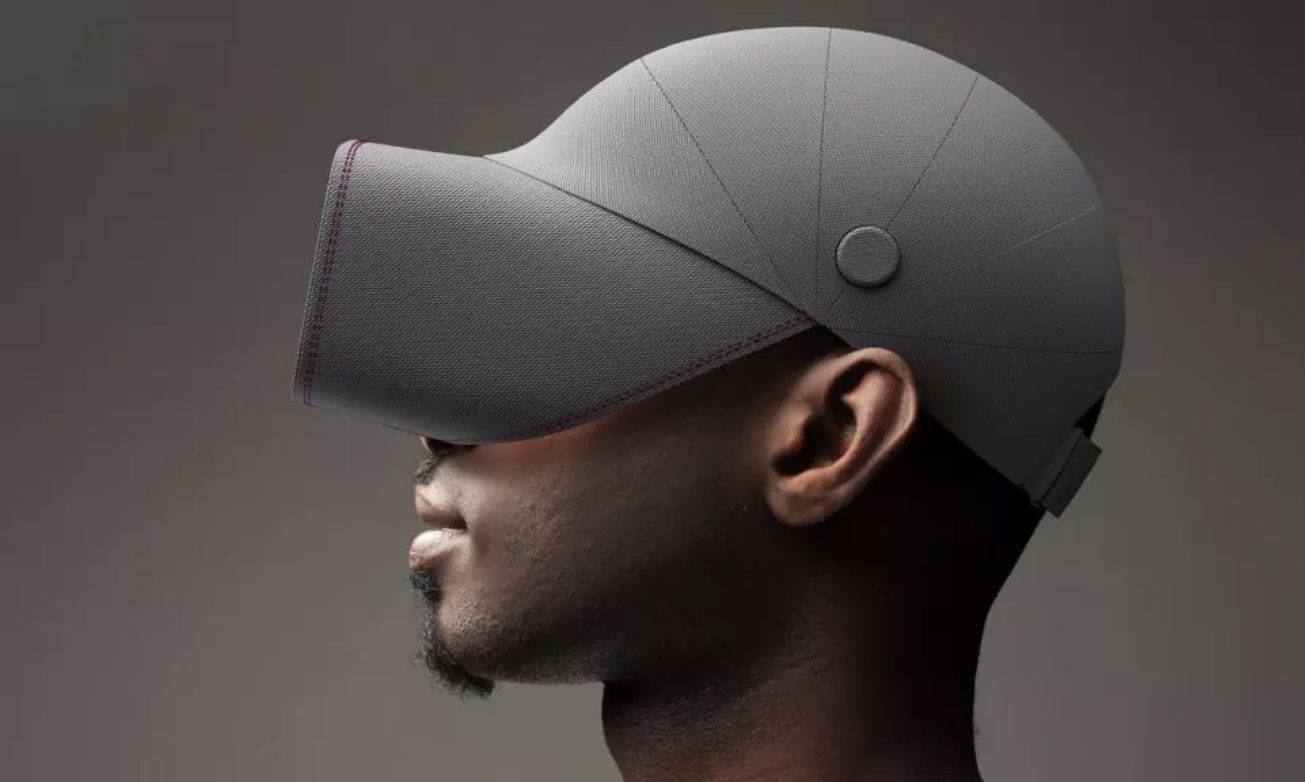 Here is the article from CoDesign:

Fast Company’s Mark Wilson reports that since April 2017, Lukic and his studio Nonobject in Palo Alto, CA have taken on the challenge as an unpaid side project called Airhead “for their own amusement.” They hope to improve the physical comfort, increase social acceptance and rethink the intuitiveness of VR and AR headsets.

“As we look around, we see our industry is doing what it does time and time again. It gets into tech gadgets driven by technology, not thinking about the human,” Lukic tells Fast Company. “A ‘wearable’ is not just something you strap on your head. This project attempts to open the avenues, and inspire the industry, to leap forward farther than we have today.”

Writes Wilson, “Nonobject shared its designs exclusively with Co.Design in the hope that the industry would steal these open-source ideas and move AR and VR forward. Note that they are not just concepts and renderings, but prototyped headset and controller bodies that can accommodate the Oculus spec. In other words, these ideas aren’t mere fantasy. They could all be feasibly mass-produced soon, if not tomorrow.”

In the first paragraph, the author introduces designer Branko Lukic, who is a member of Industrial Designers Society of America and is working on a new headset for Oculus Rift. This is an improved type of virtual reality headset that is expected to become extremely popular, and it won an International Design Excellence Award from IDSA in August 2016. Soon afterward, Lukic began working on these headsets to make them more comfortable.

Next, he describes how Lukic has been working on this project at his studio, called Nonobject, in Palo Alto, CA. He is working on this as a side project, which means it is something he does when he has free time. He calls the project Airhead, and he is doing it unpaid, which means for free, because he thinks it’s fun. He says the goals are to improve the physical comfort, increase social acceptance and rethink the intuitiveness of the headsets. This means they want to make the headsets more comfortable to wear, make them more popular, and make them easier to use.

In the third paragraph, he quotes Lukic talking about how industrial designers often create based on what is best for the technology, not what is best for the human. He goes on to say that wearables, devices that we wear, should be comfortable and that their project attempts to open the avenues, and inspire the industry, to leap forward farther than we have today. This means they want to inspire more creative design options in this area so that future designers can come up with even better ideas.

In the final paragraph, the author says that Nonobject is sharing its designs for free with Co.Design, and no one else, because they want to move the industry forward. They are not just sharing ideas and drawings, but the complete prototypes, which are like models, to fit the Oculus. They aren’t fantasy, they’re very real, and could be made for consumers very soon.

To read the original article, written by Mark Wilson on November 3, 2017, click the link below:
https://www.fastcodesign.com/90148395/this-veteran-designer-built-a-better-oculus-in-his-free-time